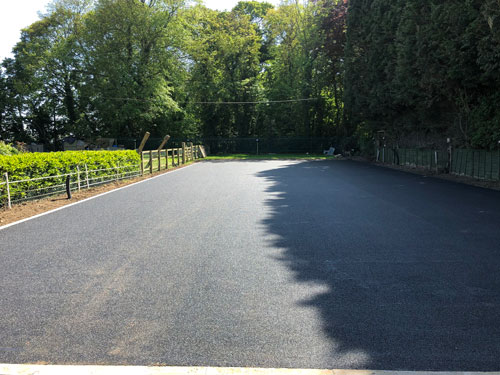 Our clients in Scratby, Norfolk was looking for a new installation of a tennis court in their garden. The job itself is straightforward with planning out the area, removing excesses soils and laying the new area.

To start the tennis court installation out team visited the site with laser levelling equipment. These were used to set out the heights needed for the project and ensuring accuracy throughout. The levels were set and our team started to clear and dig out the old soils and included the court to have a natural fall of 300mm fall to allow for surface water drainage. On this particular court all soils were removed from site, usually the soil would be used for other landscaping around the site. 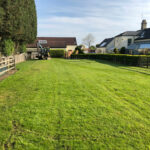 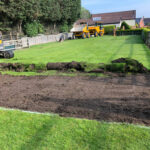 For the build procedure we started by laying a terram matting on the bare earth, this is done to prevent weeds from growing in the future. Once laid our team got to work on the foundation and started with a type three granite base. This will act as a backbone for the surface and a drainage system; allowing surface water to drain through.

The next stage of the build was to complete the frame for the tennis court. This was achieved by laying concrete precast edgings around the perimeter. These were laid flat and horched on a bed of concrete. 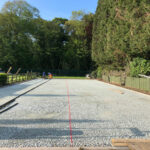 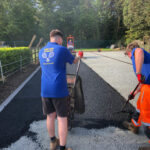 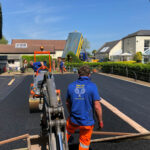 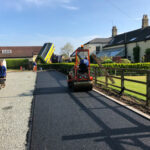 The final part of the project that could be completed was laying the last two bases. The first base course was a 10mm open macadem in which all was laid by hand. The second and final surface was a 6mm clay court macadam. This was laid with a screed rail to ensure the surface was completely flat and even. After a minimum of four weeks our team will return to line and paint the court. After the waiting period our team returned to full paint the court base and paint the lines on top. 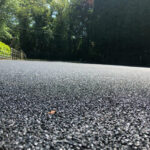 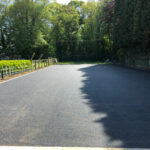 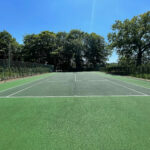 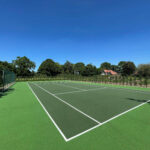 If you would like to see more of our tennis court surfacing offering you can do so here. Alternatively please email the office at [email protected] or call us on 01508 470 674. 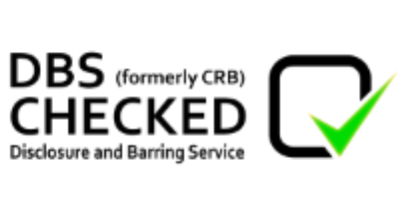 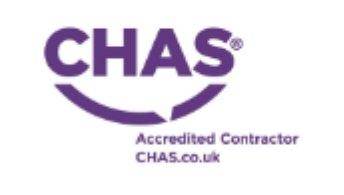 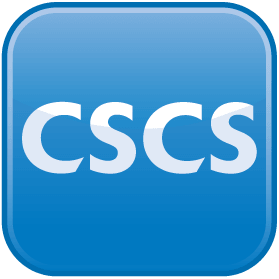 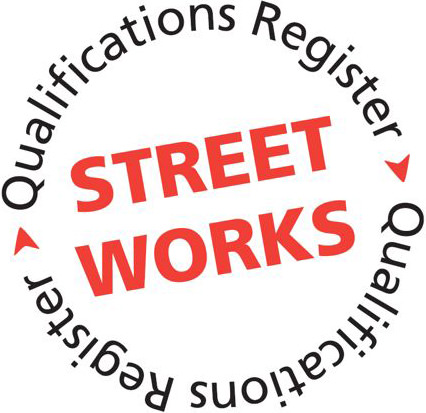